The disagreement between Coates and me is clear: his view of black America is narrow and dangerously misleading 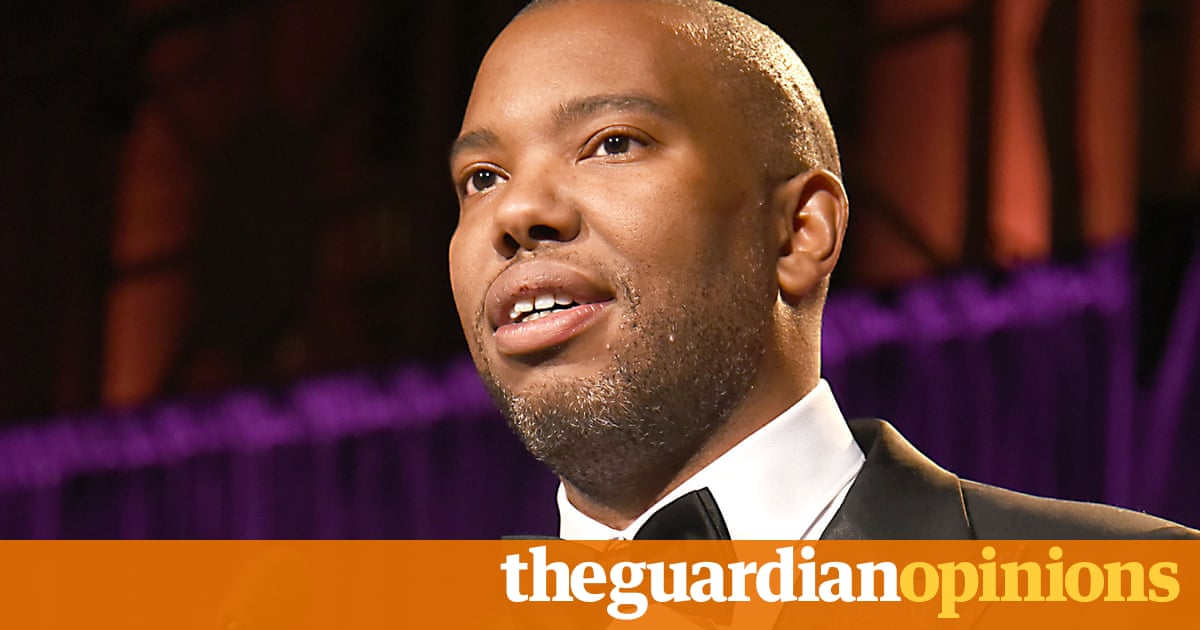 Ta-Nehisi Coates We Were Eight Years in Power, a book about Barack Obamas presidency and the tenacity of white supremacy, has captured the attention of many of us. One crucial question is why now in this moment has his apolitical pessimism gained such wide acceptance?

Coates and I come from a great tradition of the black freedom struggle. He represents the neoliberal wing that sounds militant about white supremacy but renders black fightback invisible. This wing reaps the benefits of the neoliberal establishment that rewards silences on issues such as Wall Street greed or Israeli occupation of Palestinian lands and people.

The disagreement between Coates and me is clear: any analysis or vision of our world that omits the centrality of Wall Street power, US military policies, and the complex dynamics of class, gender, and sexuality in black America is too narrow and dangerously misleading. So it is with Ta-Nehisi Coates worldview.

Coates rightly highlights the vicious legacy of white supremacy past and present. He sees it everywhere and ever reminds us of its plundering effects. Unfortunately, he hardly keeps track of our fightback, and never connects this ugly legacy to the predatory capitalist practices, imperial policies (of war, occupation, detention, assassination) or the black elites refusal to confront poverty, patriarchy or transphobia.

In short, Coates fetishizes white supremacy. He makes it almighty, magical and unremovable. What concerns me is his narrative of defiance. For Coates, defiance is narrowly aesthetic a personal commitment to writing with no connection to collective action. It generates crocodile tears of neoliberals who have no intention of sharing power or giving up privilege.

When he honestly asks: How do you defy a power that insists on claiming you?, the answer should be clear: they claim you because you are silent on what is a threat to their order (especially Wall Street and war). You defy them when you threaten that order.

Coates tries to justify his defiance by an appeal to black atheism, to a disbelief in dreams and moral appeal. He not only has no expectations of white people at all, but for him, if freedom means anything at all it is this defiance.

Note that his perception of white people is tribal and his conception of freedom is neoliberal. Racial groups are homogeneous and freedom is individualistic in his world. Classes dont exist and empires are nonexistent.

This presidency, he writes, opened a market for a new wave of black pundits, intellectuals, writers and journalists one that Coates himself has benefited from. And his own literary dreams of success were facilitated by a black neoliberal president who ruled for eight years an example of Black respectability, good Negro government.

Coates reveals his preoccupation with white acceptance when he writes with genuine euphoria: As I watched Barack Obamas star shoot across the political sky … I had never seen so many white people cheer on a black man who was neither an athlete nor an entertainer. And it seemed that they loved him for this, and I thought in those days … that they might love me too.

There is no doubt that the marketing of Coates like the marketing of anyone warrants suspicion. Does the profiteering of fatalism about white supremacy and pessimism of black freedom fit well in an age of Trump an age of neo-fascism, US style?

Coates wisely invokes the bleak worldview of the late great Derrick Bell. But Bell reveled in black fightback, rejoiced in black resistance and risked his life and career based on his love for black people and justice. Needless to say, the greatest truth-teller about white supremacy in the 20th century Malcolm X was also deeply pessimistic about America. Yet his pessimism was neither cheap nor abstract it was earned, soaked in blood and tears of love for black people and justice.

Unfortunately, Coates allegiance to Obama has produced an impoverished understanding of black history. He reveals this when he writes: Ossie Davis famously eulogized Malcolm X as our living, Black manhood and our own Black shining prince. Only one man today could bear those twin honorifics: Barack Obama.

Coates praises Obama as a deeply moral human being while remaining silent on the 563 drone strikes, the assassination of US citizens with no trial, the 26,171 bombs dropped on five Muslim-majority countries in 2016 and the 550 Palestinian children killed with US supported planes in 51 days, etc. He calls Obama one of the greatest presidents in American history, who for eight years … walked on ice and never fell.

It is clear that his narrow racial tribalism and myopic political neoliberalism has no place for keeping track of Wall Street greed, US imperial crimes or black elite indifference to poverty. For example, there is no serious attention to the plight of the most vulnerable in our community, the LGBT people who are disproportionately affected by violence, poverty, neglect and disrespect.

The disagreements between Coates and I are substantive and serious. It would be wrong to construe my quest for truth and justice as motivated by pettiness. Must every serious critique be reduced to a vicious takedown or an ugly act of hatred? Can we not acknowledge that there are deep disagreements among us with our very lives and destinies at stake? Is it even possible to downplay career moves and personal insecurities in order to highlight our clashing and conflicting ways of viewing the cold and cruel world we inhabit?

I stand with those like Robin DG Kelley, Gerald Horne, Imani Perry and Barbara Ransby who represent the radical wing of the black freedom struggle. We refuse to disconnect white supremacy from the realities of class, empire, and other forms of domination be it ecological, sexual, or others.

The same cannot be said for Ta-Nehisi Coates.