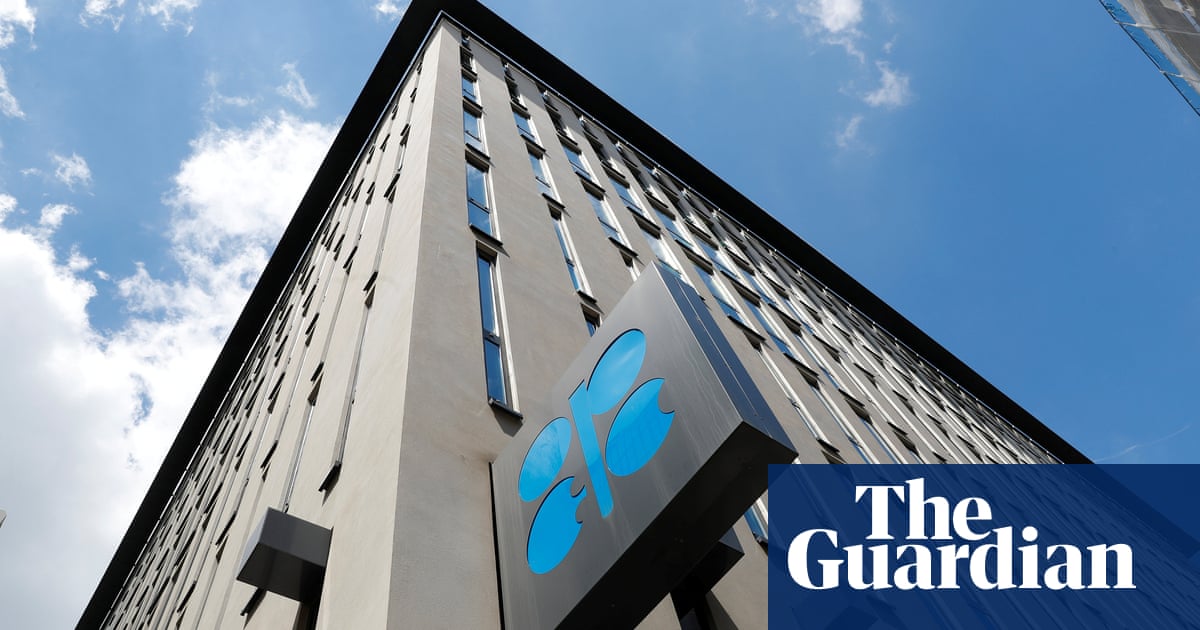 Unthinkable just a few years ago, oil could soon hit $100 a barrel.

The reasons are manifold. Looming Iranian sanctions in November, supply problems in the US and less spare capacity from the Organization of Petroleum Exporting Countries (Opec) all have some crude-oil market participants betting that black gold prices may head to $100 a price unseen since 2014.

Theres really no margin for error in the global markets right now; markets appear to be undersupplied We dont have a big glut of oil any more, said Rob Thummel, managing director and portfolio manager at energy-investment firm Tortoise.

As recently as 2016, Opec overproduction and rising US shale output created an oil glut, pushing the global benchmark Brent and US West Texas Intermediate (WTI) crude-oil prices to under $30. Increased global demand and normalized production levels have caused prices to rise to their current levels of about $84 for Brent and $74 for WTI, the highest in nearly four years.

Oil prices slipped hard this week as stock markets fell and figures showed larger stock piles of oil in the US than expected but traders are increasingly betting that the only way is up for oil prices. According to data from the CME Group, in the last week the number of trades speculating on $100 a barrel rose to a record 31,000. As of Wednesday, the current number of open positions is slightly under that record level. An option is a right, but not the obligation, to buy or sell a commodity at a certain price.

Much of the pressure on oil prices comes from Washington. In May, Donald Trump withdrew from the 2015 Iran nuclear deal and reimposed sanctions, prohibiting Opecs third-largest member from selling crude oil. Those sanctions go into effect on 4 November. Thummel says up to 2m barrels a day of Iranian crude oil may be off the market, which comes at a time when other Opec members like Venezuela are producing a fraction of what they can pump. Saudi Arabia is also limited with how much extra it can supply, as it is probably near the top of its capacity.

Energy fund manager Emil van Essen, chief executive officer and chief investment officer of Emil van Essen, said no one thought the US would put as much pressure on Iran as it has. It is removing a ton of barrels and there really is not enough to make up for it, he said.

A potential row with Saudi Arabia over the disappearance of journalist Jamal Khashoggi could also spill over into oil, although analysts say there are no signs of that yet.

The US is also having its own logistical and economic problems, Daniel Ghali, commodity analyst at TD Securities, and Thummel said. Pipeline constraints in the USs top shale-oil field, Texass Permian basin, limit how much oil can leave the region. Because of the bottleneck, companies drilling there get about $15 a barrel less for their Permian oil versus the WTI benchmark, which means they are not benefitting from the price run-up, Thummel said.

If there is another global supply disruption, $100 a barrel is not out of the question, Ghali said.

Jason Bloom, global macro exchange-traded fund strategist for Invesco, and a 15-year oil market veteran, agreed a spike to $100 is possible, but a move higher would only be temporary, saying that the current supply and demand situation doesnt merit $100.

Van Essen said he doesnt see $100 oil happening this year, but said supply shortages next year will be critical because of IMO 2020, new global shipping rules that go into effect on 1 January 2020, forcing ships to reduce fuel emissions by using low-sulfur fuel or installing scrubbers to remove the sulfur. It requires the oil refiners to use lower-sulfur light sweet crude [to make the fuel] and theres just not enough to go around, he said.

With oil prices at four-year highs, some global leaders have asked producers to kick in more oil. On Wednesday, the head of the International Energy Agency urged Opec and other major oil producers to open the spigots to prevent high prices from damaging the global economy.

And of course Trumps Twitter trigger fingers are notorious for blaming Opec for high oil prices, despite forcing Iranian oil off the market because of US sanctions. As recently as September, Trump tweeted for Opec to lower prices.

Bloom said whenever there is active trading in options prices that are far away from current values, it can signal that traders have a feeling the price swings may become more prevalent, and they hope to capture some of that volatile movement.

Geopolitics are certainly building in that direction. When you see major governmental institutions pleading for more crude oil on the market, its not a great sign, Bloom said.