Under the Seafood Workers Alliance, guest workers organize with others to push back against sexual harassment, poor conditions and other abuses 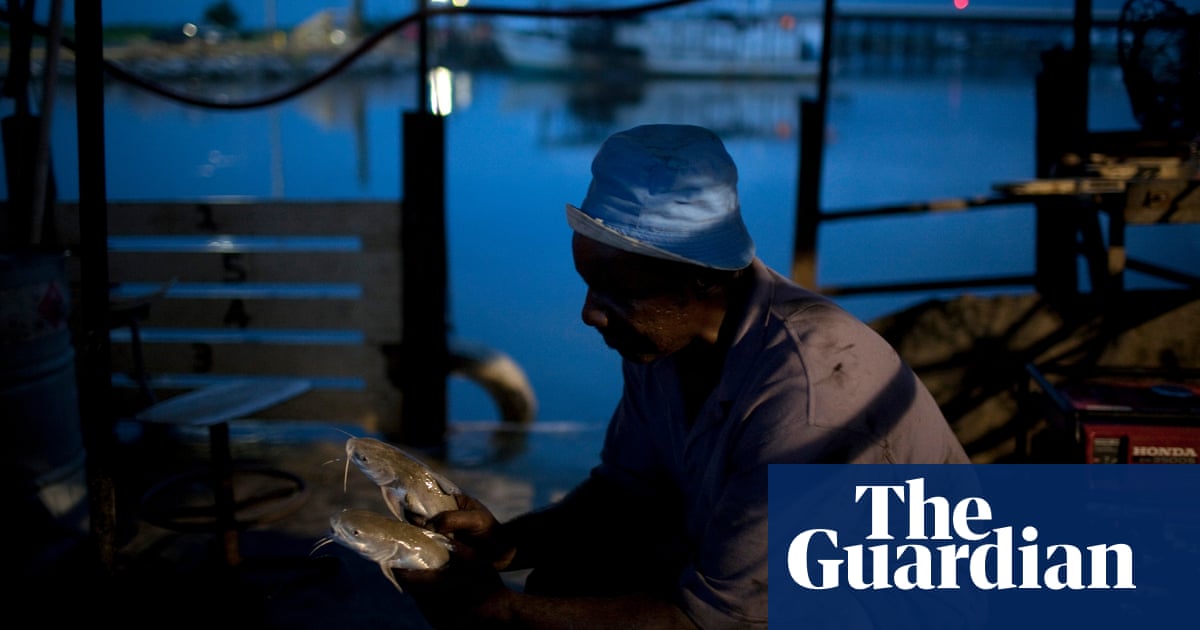 In the bayous of Louisiana, fear is running high for the thousands of guest workers that staff the states $2bn a year seafood industry.

Seafood work is so dangerous that workers often lose fingers and suffer debilitating carpal tunnel injuries on the industrys high-speed assembly lines. Many Latinas working in the industry endure sexual harassment at the hand of white southerners.

They stay quiet about [the harassment] because they know that the owner wont bring them back if they speak up, says Julia, who wished to use only her first name.

Worse, many recently-arrived guest workers find themselves in rural isolated parts of Louisiana where fear of law enforcement is compounded by the belief that police brutality against undocumented workers is commonplace. In many rural municipalities, the owners of large seafood processing companies often know the police on a personal level and workers live with the fear of owners calling the police to have them deported if they cause trouble.

In 2012, when the National Guestworker Alliance tried to organize seafood workers, the owner of crawfish supplier CJs Seafood even threatened workers with violence if they spoke up about poor conditions including sometimes locking workers in the plant and forcing them to work 24 hours straight to meet demand.

At a recent meeting of workers, Andres quickly slathered a thick coat of mayonnaise on a tortilla with fried shrimp and habanero sauce as he rushed to take his seat at the head of a table where three dozen seafood worker gathered in the community room of the Lafayette public library.

All of a sudden, 34-year-old Danilo Balladares, an organizer with the Seafood Workers Alliance, stood in front of the room and began to clap. Soon, the rest of the room, black, white and brown alike, joined in the clapping. Gradually the clap got louder and more upbeat as cries of rrrrrr broke out. Balladares stopped the clapping and called the meeting to attention.

All the people here could be fired, said Balladares, pointing to Andres and the leaders of Seafood Workers Alliance seated at the front of the room. They could be fired and sent back to their country if their employer knew they were here.

Formed in 2017 as an offshoot of organizing being done by the National Guestworker Alliance and the New Orleans Workers Center for Racial Justice the Seafood Workers Alliance has hundreds of members in 15 different plants throughout Louisiana.

The organization has focused heavily on suing employers and building alliances with local communities so that workers can help push back when they face abuses in the workplace. Theyve built deep ties in particular with the African American community. Often, low wage employers have attempted to pit low wage African American workers against Latino workers, who many saw as coming to Louisiana to take their jobs.

Through combined struggle, the workers have learned that, while their struggles are different, their problems both with local employers and enforcement are similar.

Look, we understand now that when they say deportation thats incarceration for black people, said Alfred Marshall, a middle-aged African American activist with Stand with Dignity, also a project of the New Orleans Workers Center for Racial Justice.

When they say undocumented, we know that there are over 50,000-60,000 people in New Orleans who have outstanding warrants on them that cant even go get a job because of the fear they have, said Marshall.

The language they use is different, but the problems are the same and now we understand that better than ever.

As a result of the growing solidarity and power of the Seafood Workers Alliance, the workers have been able to win the reinstatement of over a dozen workers who feared they would be blacklisted; creating a sense of momentum. In March, the union successfully won the reinstatement of seven workers at D & G Frey Crawfish in Iota, Louisiana.

At the catfish plant in Guidrys Catfish in Breaux Bridge, Louisiana, many were fearful that Andres would not be allowed to come back for another season after he laid out a campaign to raise wages at the plant from $9 an hour to $12 an hour.

However, in March, Andres and his co-workers organized and forced their employer to agree to bring him back. This win, on the heels of winning other reinstatements, has given workers a new sense of power. Andres says that now he sees more and more of his co-workers overcoming their fears and putting pressure on the boss to improve their workplace.

Through the Seafood Workers Alliance, we have learned how to assert our rights and take on the boss and its changed so much, said Andres.

Previous Post: Bumble to expand to India with the help of actress Priyanka Chopra
Next Post: $100 a barrel? Will Iran sanctions and Venezuela crisis bring oil price spike?