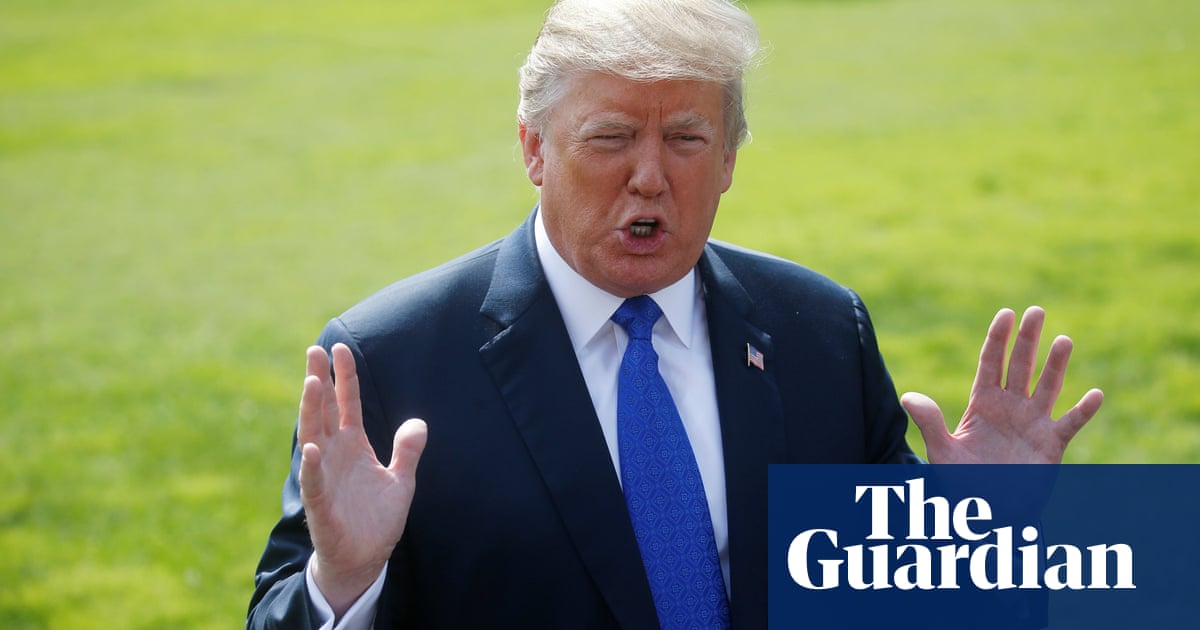 Donald Trump once again defended his embattled supreme court nominee Brett Kavanaugh on Tuesday. But the president also warned that his support could be withdrawn if an FBI investigation determined the judge had lied to the Senate.

A lot is going to depend on what comes back from the FBI, Trump said, adding that his nominee was doing very well.

He also said: I dont think you should lie to Congress. For me that would not be acceptable.

Trump said he would expect Kavanaugh to be totally impartial, should he be confirmed.

Speaking to reporters before flying to Philadelphia, the president said the #MeToo movement had created a very scary time for young men in America, in which lives could be ruined by a false allegation of sexual misconduct or assault. Asked if he had a message for young women who have come forward with such allegations, Trump replied: Women are doing great.

Senate Democrats continued to demand a more expansive FBI investigation into sexual misconduct allegations against Kavanaugh and to raise new questions about his truthfulness and temperament.

Speaking on the Senate floor on Tuesday, minority leader Chuck Schumer said Kavanaughs testimony was riddled with misstatements and inaccuracies and accused him of having grossly mischaracterized his relationship with alcohol.

Even if you feel that what happened when he was 15 and 18 shouldnt matter, what happens when hes 53 does matter and his credibility is in real doubt, Schumer said. Doubt enough, I think, for most Americans to say, This man does not belong on the supreme court.

Moments earlier, the Republican Senate leader, Mitch McConnell, had accused Democrats of engaging in the politics of personal destruction against a stunningly qualified nominee.

Democrats may be trying to move the goalposts every five minutes but their goal has not moved an inch, he said. They will not be satisfied unless they have brought down Judge Kavanaughs nomination.

The Kentucky Republican said their attempts to delay and obstruct the nomination would soon end.

The Senate will vote on Judge Kavanaugh here on this floor this week, he said.

Schumer called for an FBI briefing to the Senate, at least 24 hours before the vote.

The judge has vehemently denied all of the allegations against him, from Ford and two other women who have accused him of sexual misconduct.

His confirmation hinges on a small group of Republican senators who have not revealed how they will vote: Jeff Flake of Arizona, Susan Collins of Maine and Lisa Murkowski of Alaska.

Flake said on Tuesday he was very troubled by the tone of Kavanaughs remarks, especially his exchanges with Democratic members of the judiciary committee.

The interaction with the members was sharp and partisan and that concerns me, Flake said in an interview at the Atlantic Festival in Washington. I tell myself: You give a little leeway because of what hes been through. But on the other hand, we cant have this on the court. We simply cant.

Flake later told the Guardian he and the Democratic Delaware senator Chris Coons, who is also on the committee, are working with the White House counsel, Don McGahn, to expand the remit of the FBI investigation.

I had concern initially with just the named individuals and whether it would stop there or go on, as I believe was clearly the intent to, Flake said. Those individuals were interviewed, [then] to go ahead and interview anything that resulted from those interviews, and some of that is going on.

Senator Lindsey Graham, one of Kavanaughs most forceful supporters, urged his colleagues to not quit.

It is incredibly important we do not legitimize these smears and attempts at character assassination for the good of the court, the future of the Senate, and the character of our nation, the South Carolina Republican said in a statement. Graham has also said that if Kavanaughs nomination fails in a Senate vote, Trump should renominate him.

Outside the White House, Trump thanked Graham, who he said had been a friend at least for the last six months. The senator also ran for the Republican nomination in 2016 and was then a harsh critic of Trump, his values and what he would mean for the party.

The FBI has been given until Friday to investigate the claims against Kavanaugh. In a statement to the Portland Press Herald, a spokeswoman for Collins said she, Murkowski and Flake thought the additional check would help the Senate decide.

That would include the allegations that were brought by Julie Swetnick, the statement said, referring to the third woman to come forward, after Ford and Deborah Ramirez. Swetnick accused Kavanaugh in an affidavit of sexual misconduct at drunken high school parties.

Meanwhile, former classmates and acquaintances of Kavanaugh say the image he presented to the committee of his younger days does not match the man they knew in high school and college.

A police report obtained by the New York Times shows Kavanaugh was questioned by police following an altercation at a bar when he was a student at Yale in 1985. The incident was made public after classmate Charles Ludington accused Kavanaugh of being untruthful in his testimony.

Ludington has said he was present for the incident described in the police report. In a statement, Ludington said a group of friends had been staring at a man they said looked like Ali Campbell, the lead singer of UB40, a band they had just seen. The man responded by swearing at them.

A brawl ensued, prompting a call to the police. Kavanaugh was among those questioned but was not arrested.

Schumer pointed to these reports as further evidence that Kavanaugh had not been truthful to the Senate judiciary committee.