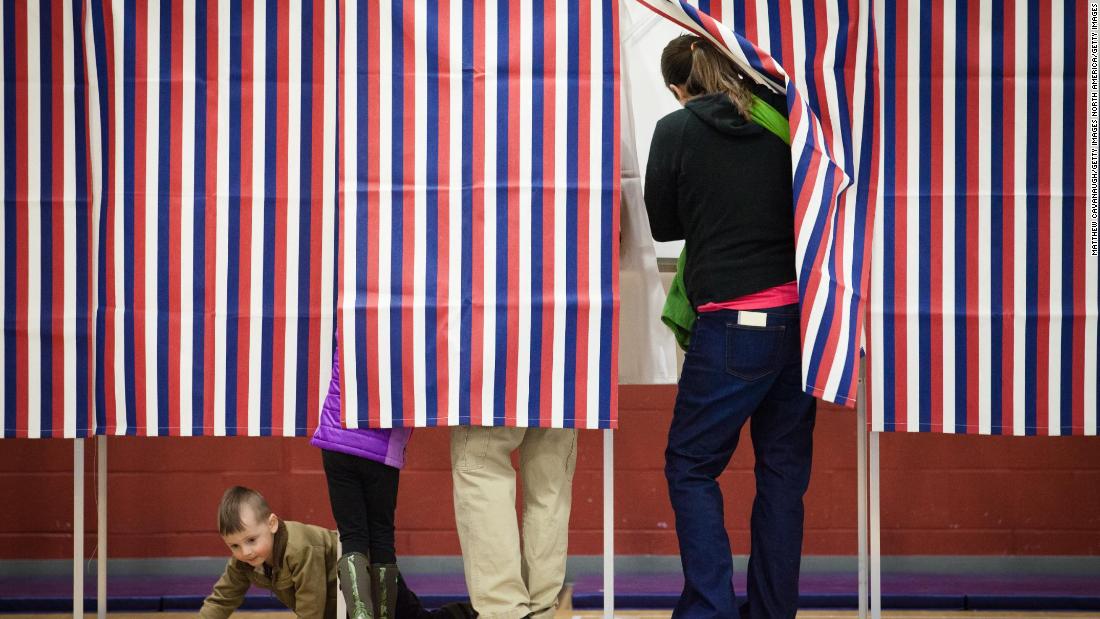 Washington (CNN)Clashes over voting rights in two states this past week have renewed focus on the issue less than four weeks from the midterm elections.

Kemp is running for governor against Democratic nominee Stacey Abrams, who is seeking to become the nation’s first black female governor. The Abrams campaign has called on Kemp to resign his position as secretary of state.
“When you know that what you are doing is going to have a disproportionate affect on people of color and on women and you do it anyway, that erodes the public trust in the system and that’s problematic,” Abrams told CNN’s Jake Tapper during an appearance on “State of the Union” Sunday. 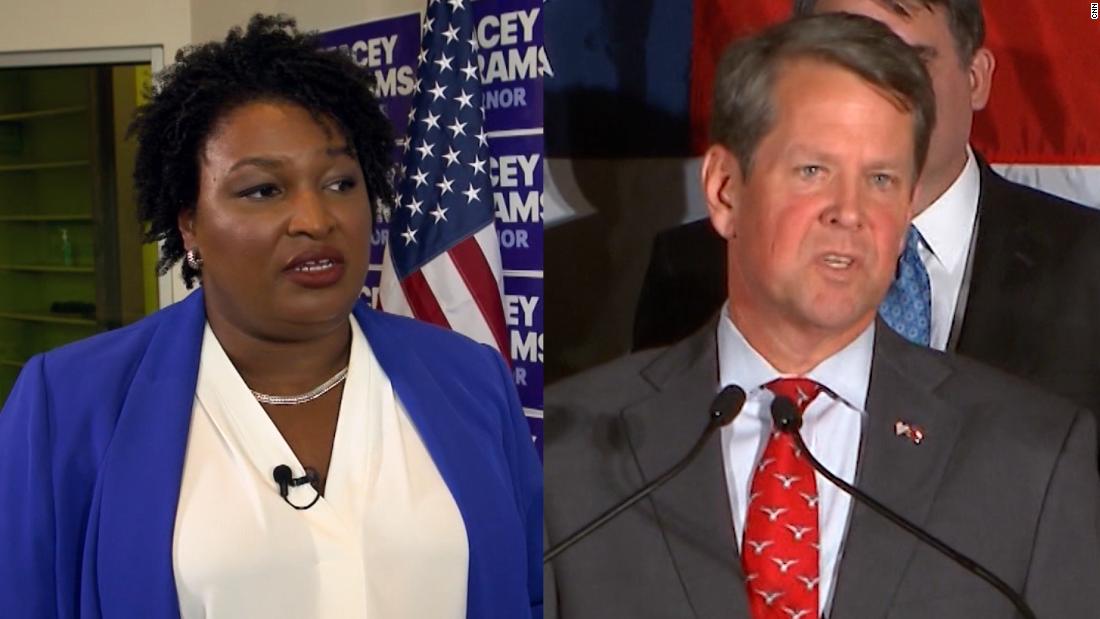 In North Dakota, meanwhile, Native American tribes, who largely vote for Democrats, are confronting the implementation of a law that requires voters to provide a form of identification that includes their legal name, current street address and date of birth. The problem, for some Native Americans, is the street address requirement. Native Americans who live on reservations or in rural areas that lack street addresses often instead use P.O. boxes.
The two states are the latest examples in a wave of battles over restrictive voting measures passed in largely Republican-dominated states in the name of preventing voter fraud. The trend began after the GOP wave of 2010 and picked up steam after the Supreme Court’s 2013 decision that gutted major provisions of the Voting Rights Act. The laws — typically imposing strict identification requirements at the ballot box, or limiting early and absentee voting — have led to a crush of legal and political battles, over measures like a voter ID law in Texas and early voting restrictions in North Carolina.
Democratic-controlled states, particularly northeastern states like New York and Massachusetts, have their own arcane voter laws. But nationally, Democrats have in recent years begun advocating dramatic expansions of voting access — including automatic voter registration. The party has also taken a much more aggressive approach to combatting what it sees as GOP state policies that disproportionately affect Democratic-leaning constituencies.
It’s become a flashpoint for the party’s base, which is paying more attention to the nuts-and-bolts details of elections and governance than ever before, Democratic officials said.
“People are responding to the idea — they don’t like that culture of corruption. They don’t like the idea that someone is preventing their voice from being heard,” said DNC spokeswoman Sabrina Singh.
The Democratic focus on voting access increased after Hillary Clinton’s loss in 2016. Without the White House, the party’s loss of nearly all other levers of power on the federal and state levels was laid bare.
In the wake of the election, Priorities USA, the largest Democratic super PAC, announced a new focus on voter protections, bringing onto the group’s board Marc Elias, the Democratic lawyer who leads most of the party’s legal battles against restrictive voting laws.
Former attorney general Eric Holder launched the National Democratic Redistricting Committee, aimed at helping the party win majorities in state houses and senate ahead of the 2020 redistricting process. Doing so would also give the party a way of blocking new, restrictive voting laws.
And former Missouri secretary of state Jason Kander launched Let America Vote, a political action committee that battles what the group sees as GOP voter suppression efforts. Kander, a military veteran, recently stepped back from the group as he battles post-traumatic stress disorder.
At the Democratic National Committee, chairman Tom Perez expanded the party’s voter protection team — launching a 24/7 hotline and putting together toolkits for specific populations, including African-Americans, Latinos, Asian-Americans and Pacific Islanders, and LGBTQ individuals — particularly transgender people — that address specific hurdles they are most likely to encounter at the ballot box.
The efforts come ahead of a midterm election when the Democratic base is eager to deliver a rebuke of President Donald Trump’s first two years in office. Democrats expect young and first-time voters, many of them minorities, to turn out at higher rates than they have in recent midterms.
Taken together, the state laws and GOP officials’ actions show Republicans are trying to “rig elections,” said Let America Vote board chairman Abe Rakov. Republicans counter that they are trying to secure the vote.
Republican state officials were emboldened, Rakov said, “when the President lied about all the illegal voters” in 2016’s presidential election. Trump falsely claimed that millions of illegal votes were cast, despite there being no evidence of widespread voter fraud. 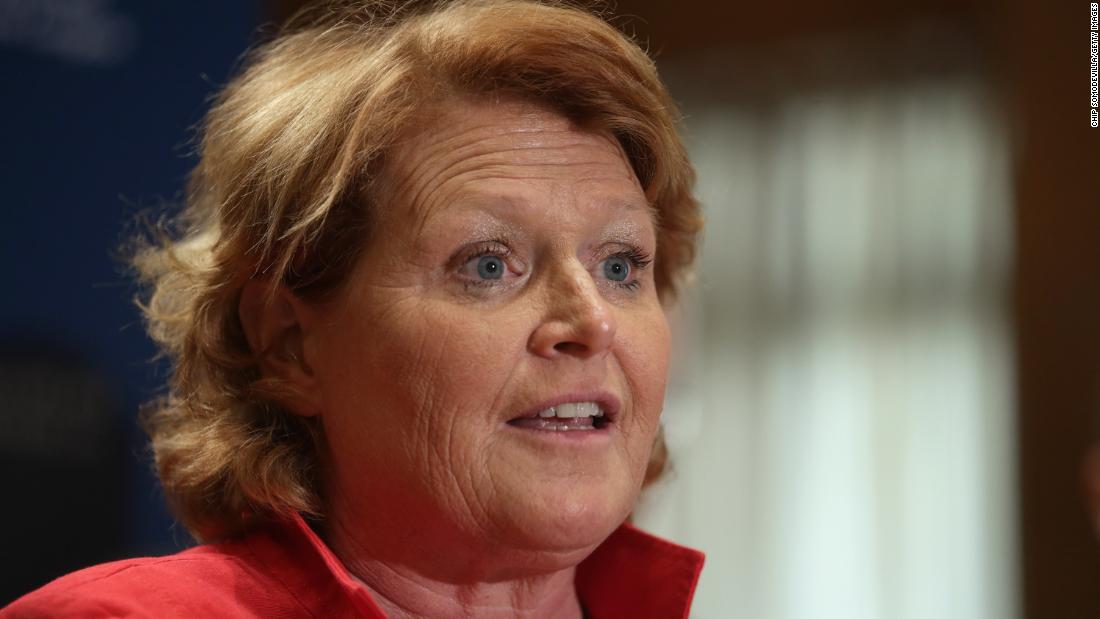 “That lie laid the political groundwork for Republicans to think they had the political cover to do this,” Rakov said.
He pointed to Missouri, where a judge recently blocked the enforcement of a portion of the state’s voter identification law that requires those lacking photo IDs to present another form of identification and sign a sworn statement.
Missouri Attorney General Josh Hawley, the Republican challenging Democratic Sen. Claire McCaskill, is appealing the ruling on the state’s behalf. And GOP secretary of state Jay Ashcroft told reporters the ruling created “mass confusion” because it’s local authorities — rather than the state, which the judge’s ruling addressed — that enforce the law.
Rakov also complained that Iowa’s secretary of state was slow to release early voting data that shows who already cast their ballots — an important piece of information for campaigns trying to determine who they still need to target.
In Indiana, a judge blocked Republican secretary of state Connie Lawson’s plan to purge 450,000 people from the state’s voter rolls ahead of the midterms.
“They’re clearly very scared this cycle, more than they have been in the past, and they think voters aren’t with them — so they’ve become anti-voter,” Rakov said.